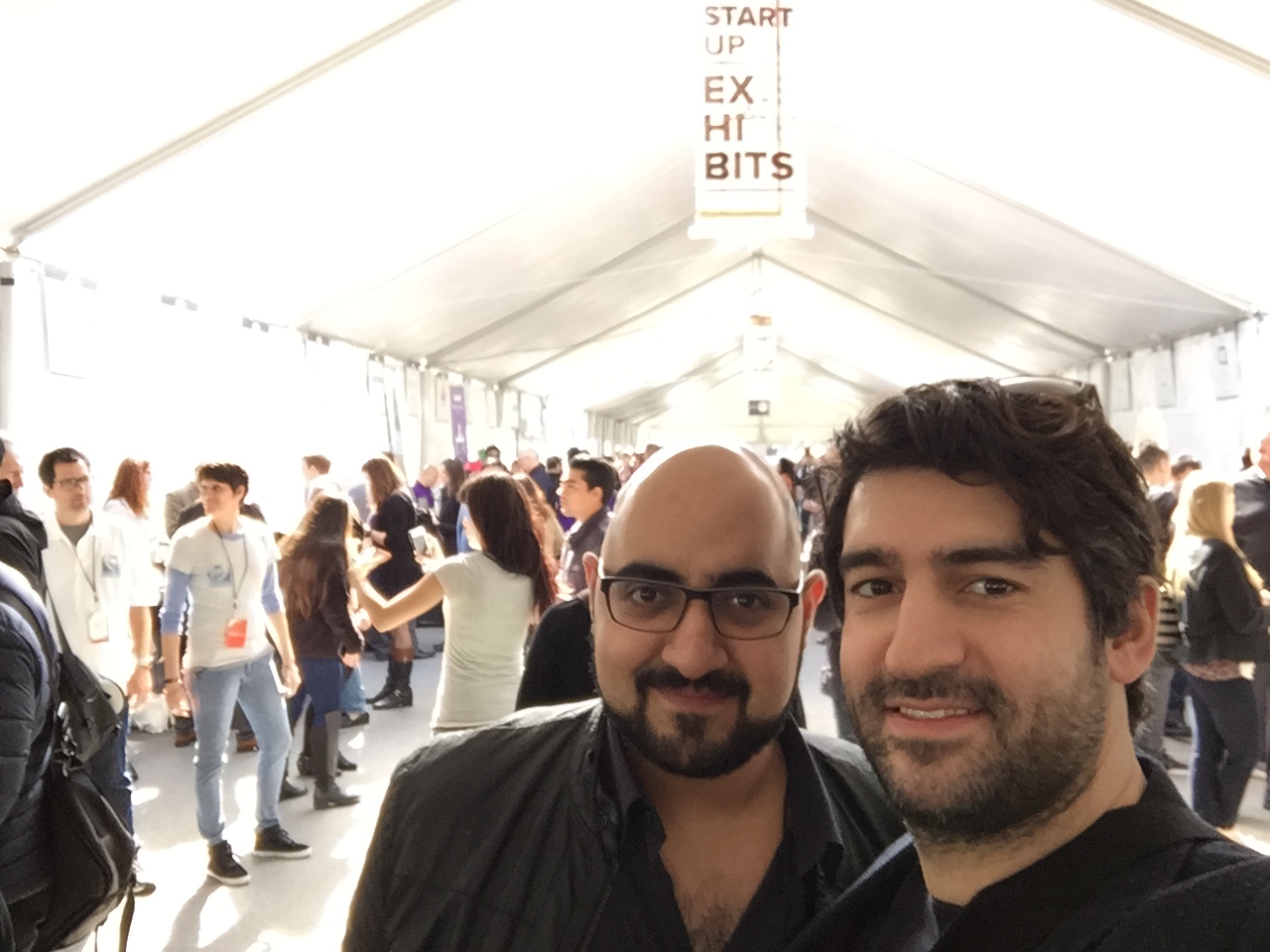 Winner of both the HealthTech category and OVERALL winner of the Venture Cup Challenge 2017, the startup company OSAA Innovation was rewarded a dream trip to the world’s tech mecca, San Francisco. Read about their daily highlights and what the team got out of their participation in the program SCALEit, which bridges Denmark and Silicon Valley.

It’s Monday morning, and Groundhog Day. Do not assume that we actually got more sleep than the day before, but here we go. We are excited, so we are out of bed in seconds.

Yes, weather is as gray, wet and Danish as the day before. We had a few comments from the hosts stating that “since October, the weather is quite surprising. We have not experienced it like this before.”

From 08:30 to 10:30 o’clock, startups must again present their business idea. This time in front of two experienced advisors from Silicon Valley, namely Jon Baer from consultancy Threshold Ventures and Michelle Messina from Explora International LLC.

From 11:00 to 12:00, Sebastian Penn from the Growth Fund was telling us about the possibilities of getting capital from VF Venture who is investing in Danish companies with a positive track record, but also in young, innovative startups with development potential to become global successes. VF Venture typically invest between $5-25 million in industries with a special focus on IT, clean tech, industrial technology and medical technology, like us.

At 13.00, “Pitch Doctor” Bill Joos was back. And he swings the whip again at the participants. “Now, it’s time to improve your pitch based on the input from yesterday’s lession,” he said. Each company must now demonstrate that they really had their antennas turned on the day before. The level was not super flashy but all presentations had improved since yesterday. All startups got appreciative words, however Bill Joos still felt that there was room for improvement. He asked all of us to think of this as a ‘once in a lifetime opportunity’.

“Who knows when you will bump into the right investor or partner, and at that moment magic might happen and if your presentation is so ingenious and picture perfect, they would want to meet you again”.

From 15:30 to 16:30 o’clock Henrik Jeberg from Hampleton Partners shared his many good advice related to M&A which is an abbreviation of the English term “mergers & acquisitions”.

Then from 16:00 to 19:00, participants had optional networking opportunities in the famous Fox Theater in Redwood City a 20-minutes drive from the Innovation Center Denmark. It was a unique chance to meet like-minded startups from the Bay Area.

The program Tuesday and Wednesday was packed with the Startup Grind Global Conference. It is a massive global startup event where entrepreneurs, investors, known presenters and generally curious people from around the world gather in Redwood City, the center of Silicon Valley, to meet and interact over two full-days.

The conference inspires, educates and connects entrepreneurs with each other, but also serves as stage for  rock star-founders such as January Koum, founder of mobile app Whatsapp, Nate Blecharczyk, founder of home sharing site Airbnb and Mike Krieger, the author behind Instagram, to deliver inspiring presentations.

Startup Grind has grown and is now available in more than 98 countries and 200 cities in the world, including Copenhagen under the name Startup Grind Copenhagen. The first Danish event  with the first was at Northcap in 2013. The Danish entrepreneurial enthusiasts Sebastian Schwemer and Michael Reibel-Boesen are behind the Danish initiative.

We, from OSAA Innovation, enjoyed these two days of inspiration alongside with the other Danish participants in SCALEit. The primary reason is that the Startup Grind is a well-organized event with a program so packed and confusing that you become breathless just by looking at it. The uniqueness of the event consists of the whole district of Redwood City buzzing with such a crazy bold energy that everybody allow themselves to be carried away with excitement. You need to keep up with the American’s irrepressible optimism and entrepreneurial spirit, where everything is possible as long as 1: you think of your idea thoroughly, 2: you work hard enough for it to be successful.

Standing out pays off

Now that we had been trained by Bill Joos on how to pitch our business in the US, shouldn’t we try to present it in front of a relevant audience? Yes, we should!

Startup Grind has in addition to Fox Theater which is used for running presentations, a conference room and two huge tents. A tiny tent of 2 m2 is giving to startups for the sum of 2,000 dollars (15.000 DKK).

There were nearly 100 startups present.

We were not allowed in the small tent, so instead we went back to the main tent where all guests were being registered. We nicely asked the doormen if we could put up a roll-up stand and promote a good cause: mobilize patients who get IV treatment.

Luck was on our side this day! The weather remained unsettled and cloudy with rain which meant that visitors preferred to be inside the tent where we stood. Here, we were with our 3D prototype over our shoulder and roll-up, networking with numerous stakeholders and exchanging a lot of business cards in particular. Cool experience!

Before we would call it a day, we made a tiny confidential agreement with the doormen who allowed us to come back the day after and stand there again for a few hours.

And that was it for the luck that day!

We drove to a Chinese restaurant in Chinatown to get a nice dinner after a great day. We parked our recently replaced car, Jeep Cherokee and everything was fine. However, when we came back, the rear and side window of the jeep were completely destroyed and all our belongings stolen. Only the suitcase with the Venture Cup trophy, some brochures and a 3-D prototype were left behind.

Five days of the program have passed and we are still completely dominated by jetlag, little sleep and facing challenges of one sort or another. We also got our third car: a Nissan SUV. Fortunately, the car rental company Budget had no hard feelings when we delivered the crashed jeep. They only expressed understanding and pity.

With the wind in our hair, the sun high on the sky and many ups and downs, we headed from the provincial city of Milpitas to Cisco Meraki’s main building in the northeast of San Francisco for a couple of nights’ accommodation. Here, we should pitch in front of the Danish Foreign Minister Anders Samuelsen (LA), Yusuf Bashir from Infosys Innovation Fund, Lars Jensen from Scale Capital and private investors Joachim Majholm, Eric Lagier, Henrik Rosendahl and Vivino-founder Heini Zachariassen.

After that it is time for a presentation of a wild Danish business adventure: 29-year-old Cathrine W. Andersen tells how she and her partner Christian Rasmussen sold their online communications platform, Assemblage, to the American IT giant Cisco.

Thursday evening ends with a true pitch event at a local entrepreneurial incubator in San Francisco. All SCALEit participants were on stage in front of a large audience to pitch one more time. The audience consists of local venture capitalists, entrepreneurs, mentors, Danish and foreign press representatives, as well as Foreign Minister Anders Samuelsen. We have at this point stopped counting the number of times we have pitched our idea.

The evening was rounded off with a lot of delicious food and cold drinks.

The sixth and final day. Whew. Yes, we ended up going out the day before – just a little bit – in the company of good people from the industry. Even though SCALEit program is packed with professional features, it is important to keep the social aspect in mind. It was quite a liberating feeling to stand on stage, pitch and get praised for our business, however we need to remember there is, after all, one more day left on the program.

At 10:00 we started with Storm Ventures, the investment consultant Arun Penmetsa providing feedback for participants on how to sharpen their presentations.

At 12:00 we headed over to the US law firm Cooley which advises Danish, as well as startups from other countries on when and how to best to move their company to the American continent.

We ended the day and the SCALEit program with a magnificent view, the nicest place any of the participants will ever get to pitch. The view we are referring to, the culmination of the program, was the visit to the Dane Benny Madsen’s vineyard Byington at Santa Cruz Mountains, south of San Francisco.

In the autumn of 2011, a signature was the start of a whole new life for Benny Madsen. He thanked his partners who agreed to sell the company LitePoint for about 700 million US dollars – equivalent of around four billion.

It is an investment whose foundation was laid back in 2000 – in the midst of the landmark IT bubble. Benny Madsen alongside with fellow Christian Ølgaard and the Greek, Spiros Bouas decided to start the company LitePoint in Silicon Valley without really knowing what was going to happen.

In 2003, it became a real product. LitePoint had developed electronic equipment with the ability to quality test wireless products – for example, a mobile phone’s ability to send and receive signals. The product was soon a great demand in the market and eventually more and more large companies began to enter into a partnership with LitePoint.

Today, one of the company’s regular customers is, for example the world’s largest electronics manufacturer Foxconn, which manufactures the iPhone for Apple.

Does OSAA Innovation’s experience sound appealing to you? If you are a university student working on a startup, check out our National Startup Competition. You can boost your network, receive feedback from business professionals and win DKK 120,000! 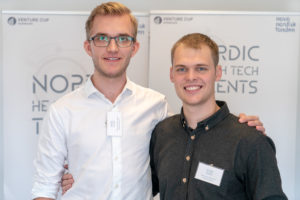 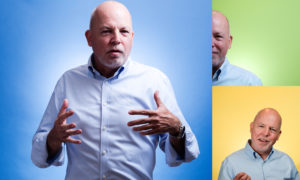 Troels Keldmann is the Business Development Interim at Keldmann Healthcare A/S who is helping companies innovate and commercialize. Troels has participated as a mentor in 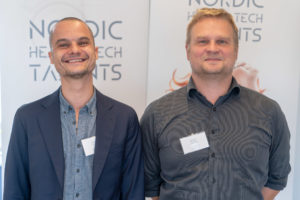 Lets get in touch